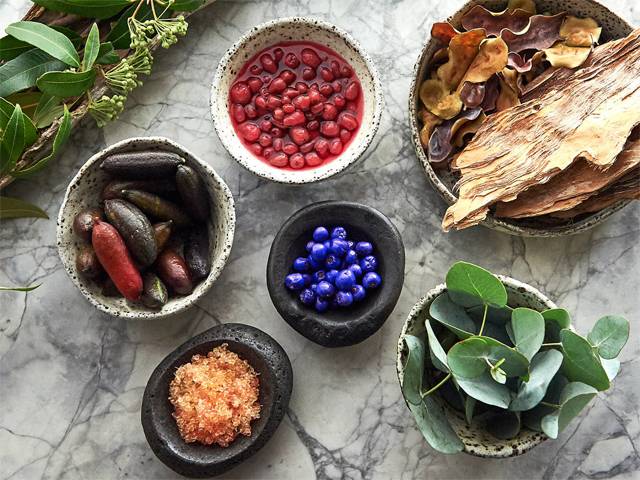 Planning on trying No Meat May this year but scared you'll be left hungry on a night out on the town? Co-founder Ryan Alexander takes us on a seven stop food safari showcasing the best in meat-free metro dining.

No Meat May is an Australian initiative challenging people to give meat the chop for the month of May, is set to attract a record number of participants in 2019 with involvement across more than 50 countries. Now in its seventh year of exponential growth, No Meat May is expecting 10,000 new recruits from around the world to ditch meat, or all animal products (including dairy and eggs), from their diets for 31 days for four good reasons: Improving personal health, ending factory farming, feeding the world, and saving the planet.

1 First mention has to go to the rather fancy Paperbark in Waterloo, the first vegan restaurant to score a hat in Oz. If you're a May baby you might want to blow out some candles at this fine-dining venue. Paperbark is a plant-based restaurant working with small-scale producers which also uses a lot of native Australian ingredients. Try anything on this menu and you'll be happy!

2 While we really encourage No Meat May participants to challenge a friend to join in, if you are dining out with friends that aren't quite ready to ditch their steak dinner try The Hold in Manly, where anything on the menu can be made vegan!

3 Likewise, there are plenty of meat options at Mark & Vinny's – a pasta bar in Surry Hills – but the vegan options are the real stars. This is a great spot for an quiet catch up with friends or just a private reunion with carbs.

4 After a plant powered feast with the friendliest service in Sydney? Try the roti, gravy noodles, and corn fritters at the Kindness Cafe in Darlinghurst, which has a strong Thai influence and its own line of vegan curry pastes.

5 You'll be giving up nothing this May if you can get to the Gathered Kitchen in Glebe for the best plant based brekkies...chocolate almond croissants anyone? Notable mentions for a plant-based brekkie include Cafe Nowa in Petersham, Greek Vegan Bakery in Revesby, Khamsa Cafe in Newtown , Shift Eatery in Surry Hills and stop by the Sydney Vegan Market in the Entertainment Quarter on weekends!

6 Not lingering by the harbour's edge often? Sydneysiders further south can pop into Vegan Island In Campbelltown for a child-friendly and belly-busting menu of meat-free burgers and shakes.

7 Let's finish this off strong and fabulous with a recommendation for a full plant-based degustation menu at O Bar & Dining. This revolving restaurant overlooks the best of Sydney's Harbour on the 47th floor and works with local growers to offer a local and sustainable menu. O-yeah!

What's No Meat May?
Research suggests that more than 2 Million Australians now identify as vegetarian and Australia boasts the third fastest growing vegan market in the world. According to No Meat May co-founder Ryan Alexander, No Meat May gives participants a no-strings-attached opportunity to remove meat from their diets for a relatively short period of time, and in doing so, to make a tangible difference to their health, the wellbeing of animals and the environment.

"If just 20 percent of Aussies participated in No Meat May, they would collectively save over 80 million sea and land animals and almost 300,000 tonnes of carbon dioxide in just that one month," he said.