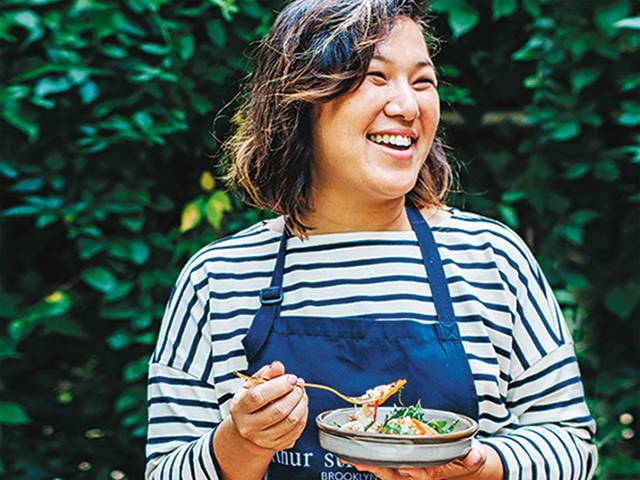 Bowel Cancer Australia has announced the return of Meat Free Week, challenging Australians to try a plant-based menu for seven days and raise funds for a great cause.

The campaign aims to get people thinking and talking about how much meat they're eating, and the impact consumption has on health and the environment.

Now in its seventh year, support for Meat Free Week continues to grow with international celebrity campaigners and chefs such as Paul, Mary, and Stella McCartney, of Meat Free Monday, Anna Jones and our own Hetty McKinnon, Bill Granger and Rowie Dillon getting behind the cause.

If you choose to eat red meat, research recommends limiting the amount to 500 grams per week and to avoid processed meats; such as bacon, ham and salami. According to The World Health Organisation, the consumption of processed meat is carcinogenic to humans.

On average, Australians consume 565 grams of red meat per week.

"Australians rank among the top in the world when it comes to meat consumption and 95% of us don't eat enough vegetables or wholegrains.

Bowel cancer is Australia's second deadliest cancer with 103 people dying each week from the disease. "The latest findings show that eating three servings of wholegrains a day, such as brown rice, can reduce your risk of bowel cancer by 17%."

"Meat Free Week is all about awareness. For meat lovers, it's not about promoting a complete shift to a vegetarian or vegan diet. The campaign supports a pause and for people to make more informed decisions if they're eating over the recommended intake."

Everyone is invited to take the Meat Free Week challenge and discover how easy it is to make small changes that can create a big difference.

For more details, meat-free recipe ideas and to sign up, visit meatfreeweek.org.

Question: What is Meat Free Week?

Teresa Mitchell-Paterson: Meat Free Week challenges participants to give up meat for seven days and raise funds for great causes. The initiative is run by Bowel Cancer Australia to encourage people to start thinking about how much meat they eat and the impact eating too much meat can have. This year, Meat Free Week is on from 23th - 29th September.


Question: How can we educate ourselves to make more informed decisions around meat?

Teresa Mitchell-Paterson: Meatfree.org has many suggestions for further reading, and the WCRF Continuous Update Program has information about the science behind the reasoning for less meat consumption and bowel cancer risk.

Question: What is the recommended intake of meat, per week, for an Australian?

Teresa Mitchell-Paterson: The World Cancer Research Fund recommends limiting red meat consumption to no more than about three portions per week (three portions is equivalent to about 350–500g cooked weight) and to consume very little, if any, processed meat.


Question: What is the relationship between meat and Bowel cancer?

Teresa Mitchell-Paterson: There is convincing evidence that a high consumption of red meat and processed meat increases bowel cancer risk.
Studies show that bowel cancer risk increases by 12% per 100g of red meat consumed per day and by 16% per 50g of processed meat consumed per day.
Australia has one of the highest rates of meat consumption in the world but research shows 95% of us don't eat enough fruit and vegetables.


Question: When cutting meat, how should we supplement our diet with other foods?

Teresa Mitchell-Paterson: When cutting meat out of your diet some nutrients are at risk, but unlikely to be of an impact in the short period of a week. If you include calcium and vitamin D fortified plant milks, eggs, cheese and tofu you are largely covered. Strict vegan diets will need to add nutritional yeast for B12 or supplement, along with an omega 3 supplement and regular checks with their GP for a possible iron supplement if they are intending to stay on a meat free diet.


Question: What other ways can we reduce our chances of developing Bowel cancer?

Teresa Mitchell-Paterson: Diet alone will not prevent bowel cancer risk. Bowel cancer risk reduction is based on the WCRF suggestions of keeping to a healthy weight, drinking little to no alcohol, regularly exercising, not smoking and if you have altered bowel habits speak with your doctor for early detection.