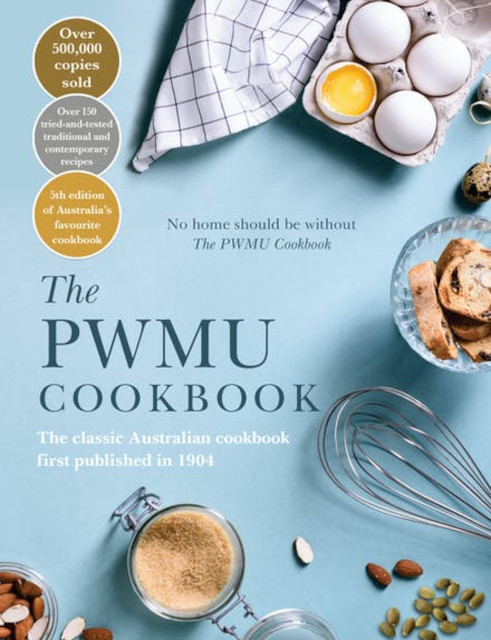 An Australian classic, revised and fully updated for the 21st century. No home should be without a PMWU Cookbook.

The Presbyterian Women's Missionary Union (PWMU) cookbook, traditionally given to young people setting up home for the first time, has been in print and at the heart of Australian kitchens for over 115 years, providing simple, healthy, money-saving recipes along with practical hints and tips for households of all kinds.

This latest collection of 150 recipes includes a selection of Australia's most tried-and-tested treats including lemon meringue pie, scones, shortbread and steamed pudding; recipes for everyday meals including curries, casseroles and the perfect roast; contemporary dishes including stir fries and bakes; plus tips on jam making, preserving and chutneys; notes for new cooks; hints for cleaning and home remedies.

Now in its fifth edition, no home should be without The PWMU Cookbook!

The PWMU Cookbook has been managed by a committee since it was first published in 1904. The current PWMU Cookbook Committee structure was established in 1977 with the formation of the Uniting Church, consisting of members from both the Presbyterian and Uniting Churches in Victoria; it is the only joint committee still in place. The Committee's role is to ensure the cookbook continues to entice people into the kitchen to enjoy the benefits of their labour. Royalties provide funding for mission and teaching projects of both churches.