Surf's Up for a good cause 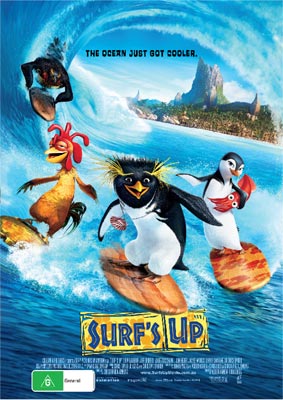 See the new movie "Surf's Up" and raise funds for the Sony Foundation Australia!

The special screenings through selected Hoyts, Village, Greater Union, Birch Carroll and Coyle, AMC, Cineplex, Movie Masters and Reading Cinemas, with proceeds from the screenings going to the Sony Foundation.

See Surf's Up for just $8.00
on Sunday, September 9 at 10.30am
Proceeds go to the Sony Foundation Australia

The Sony Foundation is the charitable arm of the Sony Group of Companies in Australia, assisting youth and fostering their talents. Since inception in 1999, the Sony Foundation has raised in excess of $8million, and supports charitable organisations such as CanTeen, Youth Off The Streets, Mission Australia, Royal Life Saving Society and Salvation Army.
www.sonyfoundation.org.au 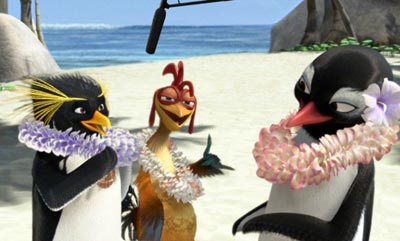 Surf's Up is the years biggest animated action-comedy that goes behind the scenes of the high-octane world of competitive surfing penguins! The film profiles teenage Rockhopper penguin Cody Maverick (Shia LaBeouf), an up-and-coming surfer, as he enters his first pro competition. Followed by a camera crew to document his experiences, Cody leaves his family and home in Shiverpool, Antarctica to travel to Pen Gu Island for the Big Z Memorial Surf Off.

Along the way, Cody meets surf nut Chicken Joe (Jon Heder), famous surf promoter Reggie Belafonte (James Woods), surf talent scout Mikey Abromowitz (Mario Cantone), and spirited lifeguard Lani Aliikai (Zooey Deschanel), all of whom recognize Cody's passion for surfing, even if it's a bit misguided at times. Cody believes that winning will bring him the admiration and respect he desires, but when he unexpectedly comes face-to-face with a washed-up old surfer (Jeff Bridges), Cody begins to find his own way, and discovers that a true winner isn't always the one who comes in first.

Surf's Up releases only at the movies September 13 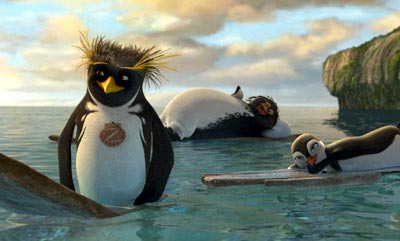 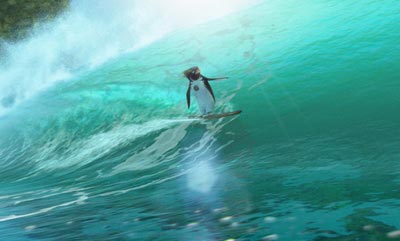