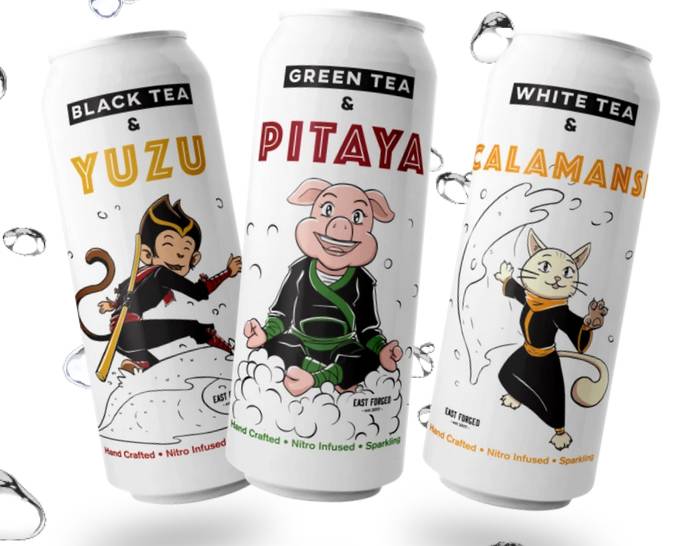 Innovative Nitrogen-infused Tea – A NEW Brew for the Health-conscious

As national alcohol sales decline and the trend towards non-alcoholic grows around the world, Australians are choosing to go dry after overindulging in lockdown, and many are turning to healthy beverage choices and beer alternatives including the NEW Nitrogen-infused, cold-brew tea range from East Forged.

Merging two of the oldest beverage processes by combining premium loose-leaf tea with an injection of Nitrogen bubbles, the three ground-breaking East Forged brews are available in black, green or white tea and are all infused with exotic and rare fruits (Yuzu, Pitaya and Calamansi). The end result is a refreshing and refined tea-based drink with a crisp, dry flavour and a beer-like appearance and texture - minus the alcohol or bloating!

Tania Stacey, a Melbourne tea expert and co-owner of East Forged revealed that, "May and June have been our biggest months since launching earlier this year, and we're expecting demand to continue as we some states come out of iso and life returns to a new kind of normal."

"While there are lots of non-alcoholic drink options available, ours is the only beer-like alternative on the market that's low in sugar and calories. Aside from the delicate and sophisticated flavour profiles, it's these added health benefits that our fans are enjoying and getting excited about!" Stacey explains.

Despite early reports that Aussies were drinking more in isolation, Australian Bureau of Statistics (ABS) data shows the vast majority (85.6 per cent) of Australians are drinking responsibly, with 30 per cent abstaining or not consuming alcohol and 10 per cent drinking less. Only 14 per cent reported their drinking had increased.

"The 'mindful drinking' movement has been around for a few years, but it's really gathered momentum in recent months. Our customers tell us they're deliberately choosing to limit or moderate their alcohol intake, and looking forward to a month or longer off the booze entirely," Stacey added.

This growing shift away from unhealthy habits is not surprising according to Sydney-based Psychologist Mary Hoang from The Indigo Project, who says the impact of coronavirus and Government's focus on mental health during this time have helped to highlight the importance of good health and wellbeing.

"We may have initially responded to the uncertainty and fear by panic buying and consuming more alcohol or treats, but as the seriousness of the situation unfolded over time, we've had to face the harsh reality that there's no quick fix and our day-to-day choices do make a difference and can potentially save lives, including our own," Hoang explained.

The three new East Forged brews come in a 15-can case or three-pack taster and are available online or from selected breweries, cafes and grocery retailers across Victoria, New South Wales and Queensland: www.eastforged.com