One Direction: Who We Are 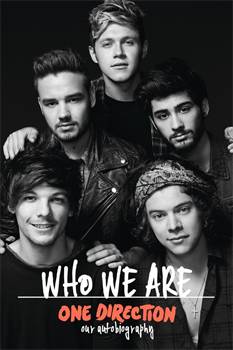 One Direction: Who We Are

In Who We Are, fans will discover how the Niall, Zayn, Liam, Harry and Louis have really felt over the last four years as well as their plans and ambitions for the future. Coinciding with their global stadium tour, the boys' first ever full autobiography is candid and in-depth, charting their incredible rise to stardom.

From nervously auditioning for -The X Factor' and meeting each other for the first time, to filming their hit movie -This Is Us' and releasing their bestselling third album, Midnight Memories, it really has been an incredible journey. For the first time, the boys' loyal fans will be given an unprecedented insight into all of it, from their humble beginnings and lives before -The X Factor', to recording their first single to touring the world.

What has it been like for them? What did they really think of each other when they first met? What inspires their song-writing? How do they handle life on the road and long breaks away from those they care about and love? And what do they think is next for them as a band who have achieved so much so quickly?

Beautifully produced and filled with never-before-seen photos, drawings and notes taking you behind-the-scenes of the creation of their music, their tours and their incredible friendship, One Direction lay themselves bare in a way we've never seen before.

Since releasing their first book with HarperCollins in 2011, One Direction have sold an incredible 3 million books worldwide, dominating the bestseller lists wherever they go. Their most recent book, Where We Are: Our Band, Our Story was one of 2013's biggest selling releases worldwide. In addition, One Direction: The Official Annual 2015 was published in September, packed with exclusive photos, interviews with the boys and behind-the-scenes stories of their amazing rise to pop superstardom. 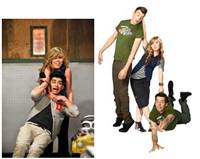 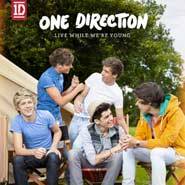 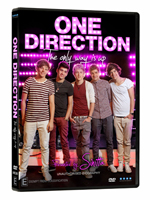