2007 has been an eventful year for Brisbane four-piece, Postcards For Abby having brought about several changes, including several name changes and the addition of new bass player, Mike Cavendish, former bassist of rock outfit The Butterfly Effect. Aside from that, Postcards For Abby have spent much of the year writing and recording material for their debut self-titled EP, set to be unleashed in October.

"Russ and I used to jam in a band with other people throughout High School then last year he and our old bassist contacted me and asked me to join their band they had started with Jono", says Woody of the band's formation in 2005. "Mike, our new bassist, has been a family friend of since I can remember."

Initially forming under the guise 'The End Moraine', the boys decided on a name change after realising the hardship that came with people trying to spell it. "I basically had a whole heap of keywords when brainstorming a name for the band," says Alex (Russo) of the origination of the band's new and current name. "One of them was 'Postcards' and the 'Abby' comes from reference to the Beatles song 'Abbey Road', only spelt differently."

Musically, Postcards For Abby have been likened to bands such as Incubus and Bloc Party. "We get people saying we sound like Incubus a lot... which is great because they're such a big influence on our music", says guitarist, Alex (Russo). "It's quite flattering because they're our favourite band", adds Mike. "Energetic, atmospheric, melodic, rock, something you don't hear in Australian bands", describes Woody of the band's unique alternative rock sound.

The band's live show is just as equally unique as is their musical prowess. "Fans can expect to 'want to get naked'," jokes Mike. "Fans will get a performance, not just a gig," adds Woody with fasterlouder.com.au describing it as "live, powerful energy and tight". And on the live circuit, Postcards For Abby are already starting to build a name for themselves after already supporting artists including The Hot Lies, Avalon Drive, Dead Letter Circus and Stealing O'Neal.

Now with their debut self-titled EP release set for national release on October 6 2007, the band are "piss my panties" excited to finally be "getting something out there that you've put a lot of time and effort into," says Alex (Russo).

"It's different as well but generic enough so grandmas will tap their walking stick and say "f*ck ABBA, I want PFA!"

Its always so exciting to hear your own song played on radio. The first time we heard PFA on the radio we were so pumped. Its just one of those things that you never thought would happen and when it does it makes it all worthwhile.

Yeah I think you always find there are some preconceived ideas that ring true. The industry can be pretty unfriendly, but you just have to deal with it all and make the best of it that you can.

Yeah we write all of our material. It's more of a collaboration than an individual thing. Russ (Guitar) usually brings an idea to a jam and Jono (drums) and Mike (bass) arrange the song and I (vocals) will either write the melodies at the jam or take it home and finish it in my own time.

As for inspiration its pretty much what is affecting us at the time. As for trying to make a connection to the audience, you have to try and connect with the song yourself, and then hope that it will ring true in your performance.

We have an east coast tour lined up in November this year, followed by some more shows in our home town of Brisbane. Basically we just want to start getting our name out there and getting a fan base. SO TELL YOUR FRIENDS ABOUT US!!!!

Yeah, until recently we had some rough times in the band. There was one member who was doing everything in his power (unintentionally) to make it not work, but luckily enough he left the band and we now have a new line up which is going so well it is insane!!

Performing live with ease. Recording is a much-overrated thing to do. It is tedious, time consuming and stressful. You end up playing the same song 40 times in one day. Whereas performing to a crowd of hundreds of people is the best adrenaline rush you will ever get.

There wasn't really anything in specific, just ever since I can remember I always wanted to perform, whether it was a want for attention lol, or just my love for music, I had to do it! The boys are all pretty similar too; everyone just loves music and loves being able to connect to people through it.

The biggest challenge to any band starting out is the amount of money it takes to start it up. When you have to have a day job and do the band at the same time you find that you have less time for friends and family etc. You spend heaps of time borrowing money and feeling like a bum, but in the end it's worth it. Also thankfully we have the support of all of our friends and families, which makes it easier for us.

Breakfast, myspace, gym, myspace, get ready for day, and then usually organise something band related (merch, cds, tours etc), more myspace lol. Then some more organising, and probably some more myspace, then if I'm unlucky work....lol

Probably performing live, looking at a sea of people looking up at you performing is honestly better then anything you could take.

Incubus, it's a band that we all love, and love what they do.

No, fortunately I have a beautiful girlfriend who I couldn't go without. At times she is almost a 5th member of band always helping me out whenever I'm in need, or trying to organise anything.

As for what I look for in a partner, they have to be fun, loving happy, and extremely patient. Being in a band is often time consuming and very stressful, I need somebody who understands this and can support me through it all.

WE DO! Lol the best thing to do is go to our myspace at www.myspace.com/postcardsforabby or www.postcardsforabby.com, I'm pretty much a myspace whore and love talking to our fans on their!

We love you.... Literally, lol and yeah buy our new cd! We are poor cause we spent all our money on it.

Full Name: Alexander John Woodward
Nickname(s): Woody
Star Sign: Sagittarius
Music Talent: Singing, pretending to play other instruments well.
Favorite Food: Chinese! God dam that is good shiz lol
Favorite Film: Napolean Dynamite
Favorite Actor: Johnny Depp
Pet: Cat! He's mine and is name is Hansel (so hot right now), I also have a dog to!
Describe yourself in 3 words: outgoing, fun, happy
Best Feature: My hair cut
Worst Feature: My neck beard
Person You Would Most Like to Meet: Michael Jackson or Brandon Boyd
Hobbies/Interests: Music, exercise, movies, going out, having fun!
First Job: Hungry Jacks - worst job ever
Are you a Pub, Bar or Club kind: Club
What Can You Never Leave Home Without: Mobile Phone
What is the first thing you think of when you wake up in the morning: I need to pee, who doesn't? 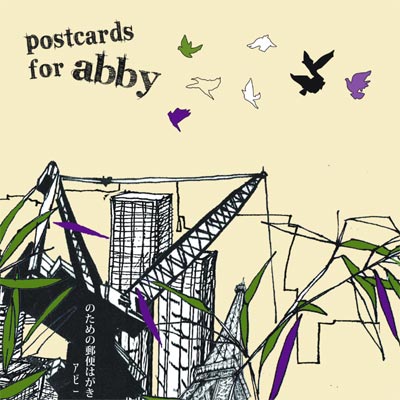