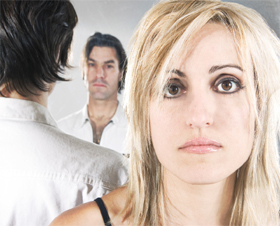 Bass and Drum rock duo Evil Beaver, was founded in Chicago, by front woman, Evie Evil, in 1999. In 2000, Evil Beaver released their debut CD "Lick It". Lick It was followed by "Pleased To Eat You" in 2003. Both titles recorded and mixed by Grammy-nominated producer Dave Trumfio (Billy Bragg and Wilco, Hole, and The Breeders), and released by Johann's Face Records.

As electric lead bassist, vocalist, and founder of bass & drum rock duo, Evil Beaver, Evie Evil has played over 1000 live shows in over 200 cities around the world, some in rural places.

"My goal is to reach as many people as possible with our music. I'm primarily focused on regions of the world that aren't exposed to performances by contemporary American rock musicians/performance artists."

"Performing in different countries helps to narrow cultural gaps. It creates common bonds between the different people in the world."- Evie Evil

Born and raised in Portland, OR, Trautmann started playing along to records when he was 11. At 19, he moved to Los Angeles.

Playing around LA, Trautmann got involved with everyone from Tom Morello of Rage Against the Machine to Jeffrey Lee Pierce of the Gun Club. After playing on "Desert Sessions 5 & 6" with friend and founder of Queens of the Stone Age, Josh Homme, Trautmann joined QOTSA for a 2 1/2 year stint.

In addtion to the heavy tour schedules with QOTSA, Gene recorded tracks for several releases. These releases include tracks on "Rated R", the gold release "Songs for the Deaf", the 2004 release "Stoned Age Compilation", as well as various singles. Gene is also featured in QOTSAs latest DVD release 'Over the Years and Through the Woods'

Recently Gene has finished recording projects with Mario Lalli of Fatso Jetson, Eagles of Death Metal (Josh Homme?s side venture), Starhill Academy of Nothing and is slated for a European tour w/Evil Beaver. Trautmann teaches privately from his Downtown LA studio and is is in his Third year as a Music Major at LA City College.

1. How did it feel to hear your song played all over the airwaves?
Crazy...It felt fake, like I was listening to a cassette playing in my truck or something.

2. Did you have any pre-conceived ideas about the music industry?
No, I was pretty right on. Every industry has it's pros and cons.

3. Do you write your own songs? What's your inspiration?
Yes, Gene and I write all of our songs! A lot of times it's about Love other times it's Hate and everything inbetween but it's always about something.

4. What music/artists do you listen to when you are not playing your own?
Dalek (from NYC), 400 Blows (from LA), Venomlords (from Chicago), Biblical Proof of UFO's (from LA), Removal (from Canada), Eagles of Death Metal (from LA). Mostly I like to listen to bands that we know. Bands that we are friends with.

5. What's next? Tour/Album/Single?
We are currently playing shows in the U.S.A. and have an upcomming European tour March 15th - May 2nd that we are looking forward to. We are playing shows everywhere from Turkey and Greece to Norway and Germany. We'll be on tour with Canadian rockers Removal!

6. Was there a moment you contemplated throwing in the towel?
No never. I love what I do and wouldn't trade it for anything.

7. Do you prefer performing live or recording?
I love to do both. I like the fine tuning that goes on in the studio but I also love the energy of being on stage in front of hundreds of screaming rock fans.

8. What/who was your inspiration to go into the music industry?
L7 was a huge inspiration for me. Seeing them was the first time I was ever exposed to women in punk rock. I also love The Beatles and the way that they wrote. They were innovators of their time. They cut their own path in music history.

9. What is the biggest challenge you have faced along the way to your musical success?
Love. Not wanting to leave the ones you love behind. It's hard not to miss people you love when you are gone 9 months at a time on tour.

10. What's a typical day like?
I wake up and think about music, I rehearse with Gene, I do Yoga and Tai Chi, I try to be outside as much as possible and go to the ocean as often as I can.

11. What has been your favorite part of becoming a music artist?
Sharing my art with the world. I am very fortunate. I am living a dream come true.

12. If you could collaborate with another artist, who would it be?
Gene Trautmann, Missy Elliot, Ani DiFranco, Lemmy, Gonzales, the Pretenders.

13. Are you single? What do you look for in a partner?
I'm not single. I look for who is honest, has a good heart, intelligence, health, and is well mannered.

14. Do you have a website fans can visit?
www.EvilBeaver.us

16. What message would you like to say to your fans?
Thank You. We love you!!! Keep on Rockin'!

Full Name: Evangeline Lagousakos
Nickname(s): Evie Evil
Star Sign: Sag
Favorite Food: Sushi
Favorite Film: Some Like It Hot
Favorite Actor: Eugene Levy
Pet: Dog
Describe yourself in 3 words: Happy, Health & Creative
Best Feature: My Big Heart
Worst Feature: My Hairy Toes
Person You Would Most Like to Meet: LaoTsu
Hobbies/Interests: Playing Music, Yoga, Tai Chi, Drinking Tea,
First Job: Carnival Rubber Frog Girl
Are you a Pub, Bar or Club kind: Pub the smaller the better
What Can You Never Leave Home Without: My lucky eyeball
What is the first thing you think of when you wake up in the morning? how handsome my boyfriend is. 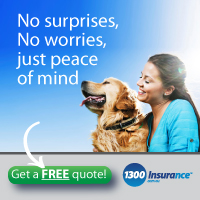