A Year to Remember Interview 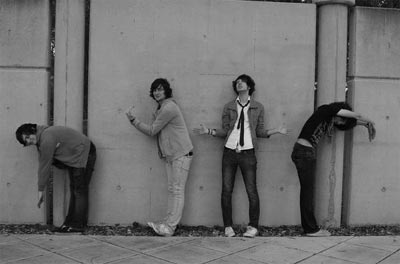 Look up fun in the dictionary and you'll find Brisbane band, A Year To Remember!

Combining a mix of keyboard synth, disco beats and rocking raw guitars, it's hard to go past A Year To Remembers infectious melodies that will "have you dancing around your room playing air guitar and hopefully some air drums and air keyboard," jokes Sam.

Even the airwaves have embraced A Year To Remembers blend of "power pop or calculator rock" with radio station Triple J playing 'Bombs' which is taken from the bands new independently released self-titled EP.

These four best friends came together in November of 2005. "I met Sam in high school, through a mutual love of New Found Glory and Blink," recalls Bryce. Having together performed in bands since age 14, nothing had sparked until the pair had met Dean and Jeremy through an ex-girlfriend of Bryce completing the line up... and, as they say, "the rest is history".

Since then the band continued to develop their brand of rock with the band's biggest turning point happening with the introduction of the keys which soon became a defining part of A Year To Remembers songs.

"I'm always writing, even when I can't write. I write about not being able to write. I'm forever sifting through scraps of paper and drunken messages in my phone for ideas I've saved", says Bryce. "We are always creating better and more mature songs," adds Sam.

Similarly, their live shows lack no energy. "It's us playing our songs, being crazy," describes Bryce. "You'll get to dance to us, hang out with us, hug us, and if you're lucky we'll develop a personalised handshake together", adds Jeremy.

A Year to Remember has already graced the stages playing alongside high profile bands including Kisschasy, Crowned King, Avalon Drive and Gyroscope.

In 2007, it will definitely be a year to remember!


Interview with A Year to Remember

It was a very weird feeling to hear something you've worked on being played, kind of a "is this real" moment at first, but then I guess we got used to it.

I guess I used to, I mean apparently everyones meant to be evil and money hungry, which I've found is only half true haha.

Inspiration can come from anywhere, sometimes certain things people say will trigger a line in your head or a memory or something like that. I guess it all just comes down to what you experience.

Well I personally am digging a bit of Blur and Go-Betweens at the moment. Going through a bit of a quirky pop stage. But I'm always listening to something.

We're playing some shows in town in the next few weeks to support the re-release of our 5 track ep. Theres plans for a new ep on the horizon and maybe some surprises towards the end of the year.

Theres probably been a couple, bands aren't an easy thing. But, we're surrounded by awesome people and they always manage to advise us and make things better again.

I really do love hanging out in a studio and getting sounds and stuff like that, but nothing can compare to playing live.

Pretty much any band I've listened to.

I'd say the whole thing is a challenge, being in a band is like having a pet, or 3 girlfriends or something. Theres always somewhere to drive, something to do. Stuff like that I guess.

On the day of a show, I'd say we wake up, mosey on down to the venue, check it out, maybe do a soundcheck. Then wait around until doors. Then play and pack up, and mosey on home.

The fact I get to hang with my 3 best friends, and to be able to firstly write songs, then play them in front of people.

Probably 50 Cent cause he's the man, well actually Kanye West is now - apparently. Ha ha. I'd actually like to do some weird dancy rock with Daft Punk or Digitialism or Midnight Juggernauts or something. I think that'd be cool.

Haha yes I am, I don't look for anything.

Full Name: Bryce Schneider
Star Sign: Aquarius
Music Talent: Vocals/Guitar
Favorite Food: grapefruit
Favorite Film: too many
Pet: 2 doggies
Describe yourself in 3 words: blah blah blah
Best Feature: sense of humour
Worst Feature: sense of humour
Person You Would Most Like to Meet: interesting
Hobbies/Interests: music
First Job: dishy!
Are you a Pub, Bar or Club kind: Bar/bclub
What Can You Never Leave Home Without: ipod
What is the first thing you think of when you wake up in the morning: here we go again 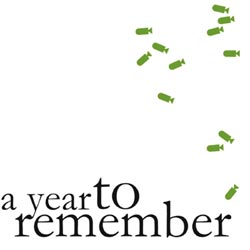