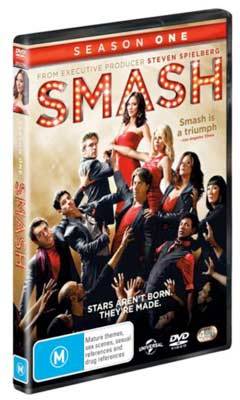 Smash Season 1 tells the compelling story of a heated rivalry between upcoming starlets, a writing team in need of a new hit and a Broadway producer finding her own way in 'a classy production that is great fun too".

Talented newcomer Karen Cartwright is up for the role of a lifetime in a new Broadway musical based on the iconic Marilyn Monroe. The only thing standing in her way is Ivy Lynn, a seasoned theatre veteran who is determined to land the part herself, and will stop at nothing to realise her own dreams of fame.