Made In The A.M. Tracks 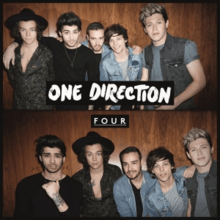 Four is the fourth studio album by English-Irish boy band One Direction, released on 17 November 2014 by Columbia Records and Syco Music. Two singles were released from the album, "Steal My Girl" and "Night Changes", both achieving platinum status in the US, and scoring the band their tenth and eleventh UK top-ten hits. 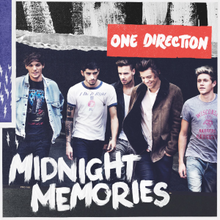 Midnight Memories is the third studio album by the British-Irish boy band One Direction, released on 25 November 2013 by Columbia Records, Syco Music and Sony Music. The album was described as having a "slightly rockier tone" than their previous efforts. It has become the fastest-selling album in Amazon UK's history, breaking the record set by One Direction's previous release, Take Me Home (2012). The album debuted at number one on the US Billboard 200, making One Direction the first group in history to debut at number one in the US with their first three albums. The album was preceded by the release of the singles "Best Song Ever" and "Story of My Life". 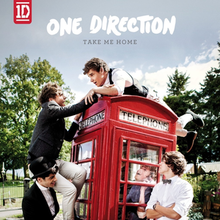 Take Me Home is the second studio album by British-Irish group One Direction, released on 9 November 2012 by Sony Music Entertainment. As a follow-up to One Direction's internationally successful debut album, Up All Night (2011), Take Me Home was written in groups and has an average of just under five songwriters per track. Largely recorded and composed in Sweden during 2012, Savan Kotecha, Rami Yacoub and Carl Falk, who composed One Direction's hits, "What Makes You Beautiful" and "One Thing", spent six months in Stockholm developing songs for the album, and were able to shape melodies around the members' tones. 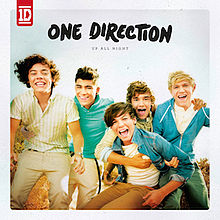 Up All Night is the debut studio album by English-Irish group One Direction, released by Syco Records in November 2011 in Ireland and the United Kingdom, followed by a worldwide release during 2012. Four months after finishing third in the seventh series of British reality singing contest The X Factor in December 2010, One Direction began recording the album in Sweden, UK and the United States, working with a variety of writers and producers. The album is predominantly a pop music album which orientates into pop rock, dance-pop, teen pop and power pop. The album's lyrical content regards being young, relationships, heartbreak and empowerment. Staged in support of the album, One Direction performed the album's songs live on televised shows, at awards ceremonies, and during their worldwide Up All Night Tour.

Up All Night Tracks