Mid September marked the launch of Dream Out Loud, Selena Gomez's fashion collection debut exclusively for Big W in Australia. Over 35% of stock sold out within days of the capsule being released in store. Due to popular demand Gomez will release her second capsule in mid November. Where the first capsule concentrated on a bohemian festival wear feel, including denim shorts, jumpsuits, vests and printed tee's, the second collection moves towards an edgier feel, without loosing the quintessentially feminine attributes of the first collection.

The second capsule goes into Big W store in November just in time for the summer holidays and prices will range between $15.94- $24.84

Selena Gomez is best known for her lead role on the Emmy Award winning Disney Channel Original Series, Wizards of Waverly Place. Gomez has starred in the hits movies 'Another Cinderella Story' and 'Princess Protection Program' and recently made her theatrical film debut in Ramona and Beezus. Having professed a love of singing and having contributed vocally to many movies she featured in, Selena has launched her new album 'A Year Without Rain' which is now available at Big W. Gomez is the 25h most sought after celebrity on twitter with a whopping 7,703,818 followers; a further 9.8 m fans follow her on Facebook. 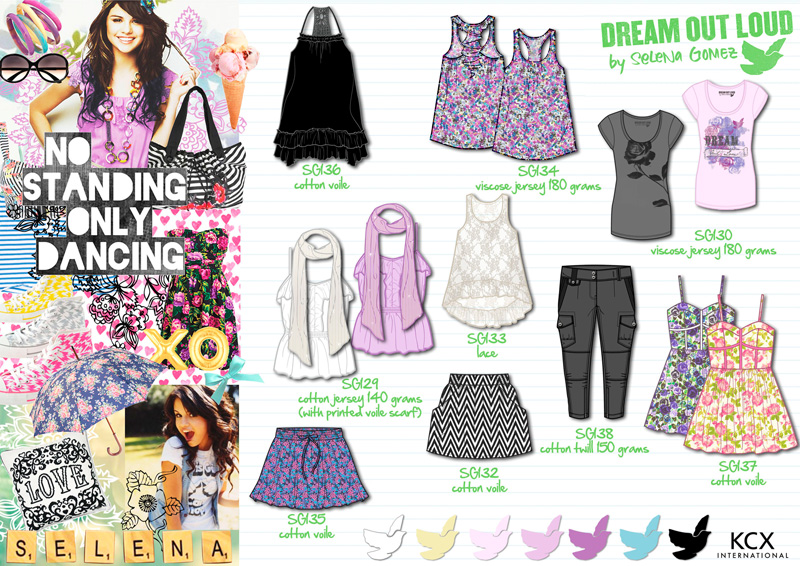