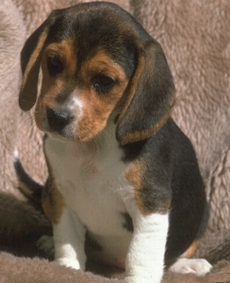 Elizabeth Taylor wore it. So did Marilyn Monroe and Jackie Onassis. Fur was huge in the 50's but it faded with the Eco-friendly 60's and 70's. Now, in the Naughties, we are seeing a reprise in this disgusting trend with Puff Daddy frequently donning a pure white mink coat, whilst his ex, J-Lo, prefers to use fox fur, rather than synthetic, false eyelashes. It seems that celebrities and designers once again think that fur is the symbol of all that is elegant and glamorous, rich and risqué, but really - how glamorous can wearing a dead animal be?

Every year in the U.S. alone, over 6.2 million animals are slaughtered to use in fur products. It takes between six and four hundred animals to make just one fur coat.


Animals such as Mink, Puma, Ocelot and even Seal are either cruelly trapped or farmed for human pleasure. Animals raised on farms are kept in cages as small as 1 x 3 foot, often with four animals sharing the same cage. Wild animals are caught in traps set by hunters, where they can languish for days, waiting for their Grim Reaper to return.

During this time, 1/4 of animals manage to escape by chewing off their own leg, only to die later from blood loss or predation.

When it comes time to actually kill the animal, trappers/farmers do not want to damage their fur, so they beat, stomp or snap their necks in order to kill them. However cruel this may seem, it only gets worse. These methods are not 100% effective, leaving many animals to regain consciousness whilst being skinned.

The traps set by hunters are often found by 'useless' animals, or 'trash' as the hunters call them. This leaves many thousands of animals every year killed or fatally wounded by traps. These are often birds, with the highly endangered bald-headed eagle being common among those caught, as well as many endangered ground animals.

Another recent and incredibly disturbing trend in the fur industry is the practice dubbed the 'Cruella DeVille syndrome'. Like the film '101 Dalmatians', dogs and cats are being used as a cheaper and easier way of getting fur. It also helps overcome the laws, however lax and unthreatening they are, on poaching animals. Popular breeds to use include Malamute, Husky, Bichon, Frise and Chinchilla, because of their soft fur and monotone colorings. This new practice is just as cruel and inhumane as 'regular' farming techniques, with dogs and cats often being stolen from their owners for slaughtering.

Imagine the outrage if Naomi Campbell strutted down the catwalk wearing a coat made from the skin of a child? It would be seen as disgusting, cruel and inhumane - the designer would immediately be trialed for murder. Animals need to be treated with the same respect given to other human beings. We do not go around murdering others in the name of fashion - so what gives us the right to do it to our fellow species?

The cruel practice of fur wearing needs to be outlawed, beginning with a blanket boycott on all designers who insist on using real fur, rather than the synthetic, faux kind. Animals have rights, just like us and we, as the most intelligent species on earth need to respect that. Many of the animals killed are endangered, with many more of them on the waiting list. The human race needs to protect, not kill these animals, to respect them, save their natural beauty for future generations, or they will disappear - forever.