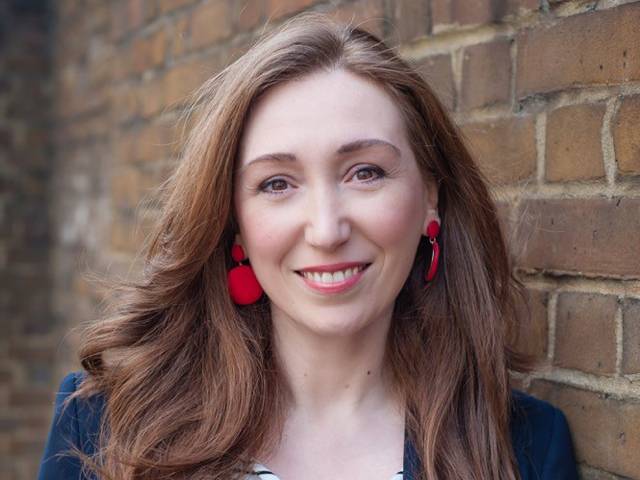 Honey Langcaster-James is a British TV Psychologist who in the past has been a resident Psychologist for Love Island and Big Brother; Honey is currently working the Mentos to celebrate the new compliMENTOS range.

Question: Can you tell us about your previous role as a resident psychologist for Love Island UK and Big Brother UK?

Honey Langcaster-James: I've worked on reality TV shows, like Big Brother and Love Island, for many years now. I've worked both behind-the-scenes and on screen as a behavioural commentator and TV Psychologist. I set up my company, On Set Welfare, last year, in order to improve and better co-ordinate the welfare services that are available for cast and crew on TV and film productions and since then, we've worked on TV shows around the world (and even for the UK government's own film and media productions)! I love my job and feel so lucky to be working in such a fascinating and evolving field. We are learning more and more about the needs of participants in TV and film productions and I am passionate about improving the support available.


Question: Why are psychologists critical on reality television sets?

Honey Langcaster-James: It's incredibly important to have a psychologist on set during filming. I am there mainly to support the cast, and sometimes the crew too, during what can be a busy and stressful filming schedule. The ups and downs of the show can be challenging and having a psychologist on set who understands what it's like to be on TV and what a TV show participant typically goes through can be beneficial for safeguarding the welfare of participants. I also perform an advisory and supportive role, particularly at significant moments in the format, like new entrances and evictions.


Question: Are you able to share any stories with us about your time on the Love Island set?

Honey Langcaster-James: As with any work in psychology, client confidentiality is paramount, so I never talk about anything specific that occurs with any cast members, either before, during or after filming. What I can say though, is that working on Love Island, as with all the other reality TV shows I've ever worked on, has been fascinating and hugely rewarding work, but also challenging at times. It is such a unique experience, reality TV is still quite new, and media psychology is very much an emerging field. In fact, there are only a few Psychologists in the whole world who specialise in this area, so it is a privilege to be able to make a difference to the industry and advise production companies on how to best look after their contributors.


Question: Why do you think we're so invested in reality TV shows?

Honey Langcaster-James: In real life, the only people we get to observe in such close detail are our closest friends and family, and we're psychologically primed to attach to such people we become so familiar with. In fact, the more familiar we become with someone the more we tend to get attached to them.

When we watch reality TV, however, we develop what psychologists call a 'para-social' relationship with the cast - we really get to know them on an intimate level and go on a journey with them through their ups and downs, even though they don't know we exist. Watching a real-life story unfold before our eyes on a reality TV show can be so dramatic and alluring as it all feels so much more important because it seems so 'real' and we're looking into someone else's life.


Question: Why do some of us find it so difficult to accept a compliment?

Honey Langcaster-James: Human beings use compliments as a device to increase their social bonds and as a means of 'social lubricant' to create or maintain rapport with others. They are mostly used in order to express goodwill and build interpersonal rapport, but sometimes compliments are given as a form of praise and encouragement.

To help people connect with others, make others smile and share their admiration for one another, I have been working with Mentos to celebrate the launch of their compliment-inspired range, CompliMENTOS. Every pack features a fun compliment and we hope to inspire people to make someone smile by telling the people in your life what you admire about them – or just let a pack of CompliMENTOS do the talking for you.


Question: What effect does a compliment have on the brain?

Honey Langcaster-James: Compliments can have a significant impact on vital cognitive functions such as memory, learning and motivation. Recent studies in neuroscience have shown that when we receive a compliment for something we've done, it affects the reward centres in the brain in just the same way as receiving a monetary reward.

Compliments are also thought to release Dopamine, which can make us feel more positive, motivated and help us to focus and apply ourselves more effectively on tasks. Regions of the brain known as the ventral striatum and the ventral medial prefrontal cortex are activated when we receive a compliment, and this is a basic signal to repeat whatever it was that you did to get that rewarding 'high'. So, if you compliment someone, you're giving them a natural high!


Question: How does it differ from male to females?

Honey Langcaster-James: Some studies have shown that women are more likely to both give and receive compliments than men. It's thought that this is related to how women use compliments, because they generally use them to express rapport and strengthen solidarity, whereas men tend to see compliments more as judgements about their performance or worth. Men tend to attribute an evaluative function to compliments more than women do.

Some psychological studies have also shown gender differences in the likelihood of someone accepting a compliment, with women being less likely to accept a compliment you pay them than men.


Question: How can we word a compliment to ensure it lands and has the intended affect?

Honey Langcaster-James: To prevent people from rejecting your compliment, try making it specific and taking more ownership of it. For example, instead of saying "you're beautiful" which is a kind of value judgement, try saying "I really love the way that dress looks on you". It's harder for someone to bat off or argue with.

You can also try to express your compliment in a way that increases your social bond, so try to replace "you have a nice smile" which can be a little alienating, with something like "your smile makes me want to hang out with you". Thankfully, there are some simple ways to make someone smile with a compliment. Even something as fun and simple as a CompliMENTOS can help make someone smile as a token of appreciation, friendship and positivity.