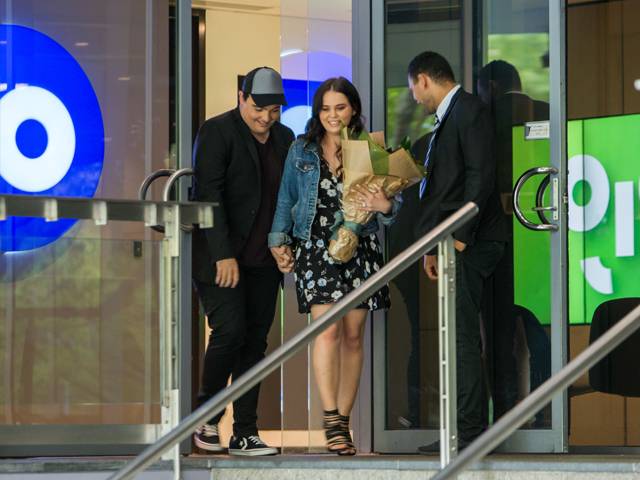 Jason was a special guest performer on Network Ten's 'Studio Ten' breakfast show this morning and took the opportunity to pop the question following the performance of his latest single. Jason recently announced a shift in musical direction and released his version of the Celine Dion classic ballad 'The Power of Love'.

Following the performance, Jason called Becy out from the studio audience and dropped to one knee to pop the question in front of a stunned audience and elated parents!