Davy Boi Do What You Gotta Do Interview 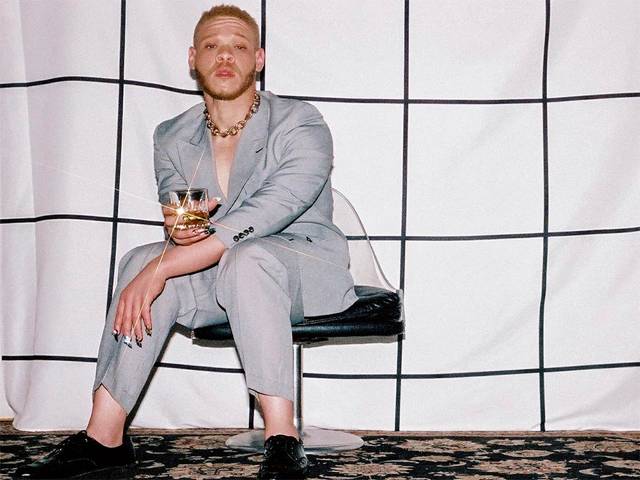 Influenced by the Likes of Troye Sivan and Frank Ocean

LA based artist Davy Boi has gifted us with his latest release "Do What You Gotta Do" alongside the self directed music video which captures the pure essence of the pop driven song through expression of contemporary dance (Choreographed by Justin Pham, Season 15 semi-finalist on "So You Think You Can Dance" US). The video touches on the sentiment of letting go of toxic relationships and projects raw energy as all three male dancers tell their own story throughout the video.

"For me the song was the realisation that I deserved more in my love life. The song says I'm over it, enough is enough, I'm not going to fight for you if you don't want me." - Davy Boi

Influenced by the likes of Troye Sivan & Frank Ocean, Davy Boi is no stranger to being different and tells his story through his songwriting and artistry, it's clear to see that he has no fear in holding back to get what is rightfully his.

"Being black, albino, and queer all at the same time has been magical. I think it was God's way of saying 'Go do something cool kid. Get yo' life.'" - Davy Boi

With contributions from Brooklyn based DJ Shiftee and artist/producer Johan (No I.D., Teyana Taylor, Vic Mensa) on "Do What You Gotta Do", there is no doubt that it's been a busy 2018 for Davy Boi, as he approaches a special run of releases leading up to his EP, due to come out this coming winter (US). The EP will also include contributions from queer bay area MC Debrae and NYC's Dai Burger.

Davy Boi: I make pop music influenced by R&B and EDM with a touch of drama.


Question: What inspired the track, Do What You Gotta Do?

Davy Boi: Do What You Gotta Do was inspired by a guy I was in a brief relationship with in April, that I was heavily invested in, and really wanted to make it work, but that intention wasn't mutual. I was just very frustrated by the lack of commitment or straight answers and lack of communication that I had to make a choice to just realise it wasn't going to work. The song essentially says "Bye, I'm Done", or like that new Ariana Grande track "Thank u, Next."


Question: What message do you hope to spread with Do What You Gotta Do?

Davy Boi: Do What You Gotta Do is a very conversational lyric, like most of my songs, so it really speaks to the person who's listening to it. I hope folks take away the message that you don't have to stay frustrated in situations that aren't working. Feel free to leave. Be confident when walking away. You don't need to settle when there's so much better out there.


Question: Can you tell us about the film clip (view below) that accompanies Do What You Gotta Do?

Davy Boi: The music video for Do What You Gotta Do I directed was choreographed by my friend Justin Pham & it features three different strong young male dancers telling their stories of letting bad relationships go through movement. We shot it in Downtown Los Angeles earlier this year and I actually met one of my best friends on set. I couldn't be more proud of the clip and I think it beautifully relays my message.

Davy Boi: Right now if I could have anyone, in the world, attend a show it would be Warner Bros. Records CEO Aaron Bay-Schuck who discovered, signed, and developed Bruno Mars years ago. I've watched a ton of Aaron's interviews and he's just a passionate A&R guy and I admire him so much because at first Bruno couldn't get anyone to pay attention or believe in him enough to sign him even being the great pop writer and artist he is and Aaron was that one person in good position who did believe in him. So even if not Aaron I would just like to be in a position to play for someone who'd have that faith in me and champion my work.

Davy Boi: I prefer performing for sure. I've been performing live since I was very, very young. The recording came years and years after I'd started considering myself an artist and songwriter. I've gotten really good at recording over the years but yeah my passion is on the stage where you can actually see the reactions and connect with people in person. I would love to perform as much as possible in the years to come.

Davy Boi: When I'm writing music I'm mostly motivated by the story I'm trying to tell or the sticky sweet melody that I'm trying to get stuck in everyone else's ears the same way it's stuck in mine. I'm trying to tell a concise story in three minutes or so and have people relate to it. For me writing has always been for the audience, expressing myself and then recreating my experiences in a little dose of pop music that folks can enjoy.

Davy Boi: I've recently become a huge fan of MØ and I'd love to tour with them if I'm lucky in the future. On my playlist right now are Normani, LÉON, Mallrat and L Devine. Also though, stay tuned because I have a new collab with a friend of mine Aussie artist ZĀN who just had a track "Assemble" on NMF AU and NZ with the Perth duo Feels.

Davy Boi: What pushes me to stay in the music industry and to fight through my anxiety around the biz side is my passion for connecting with people. Music is not only my gift/my thing, but it's also the way in which I've always connected with people the best. When I was young I had such an innocent passion for singing and at around age seven, a relative of mine said I couldn't sing, meaning not talented at it. The next week I had my mother enroll me in vocal lessons and the rest is history.

Davy Boi: Without a doubt Ariana Grande. She's just so gifted and has grown so much and sings with such joy and such vocal control. Also, she's a Broadway kid and a fan of musicals so I'd just like to nerd out with Ari and be friends. If I could pick two the other would be Dua Lipa, who is just insanely brilliant at being a pop artist with a gorgeous voice and I was super jealous of R&B singer Miguel who got to duet with her on her debut album. If we ever meet I may ask Dua if she would duet with me on my debut.


Question: What is the biggest challenge you have faced in the music industry?

Davy Boi: My biggest challenge in the music industry has been myself. I have had to overcome my fear of putting myself out there and being brave enough to overcome my insecurity and anxiety. I think now though I'm at the point in my life where I feel ready. I'm not as afraid as I used to be and I really want to connect with folks and find my fans.

Davy Boi: I'm going to find my fans and allow them to discover me and build a community with them. It's all about connecting with my future fans and meeting them wherever they are around the world.