Michael McKinnon How Australia's Grandparents Are Connecting With Their Grandchildren Interview 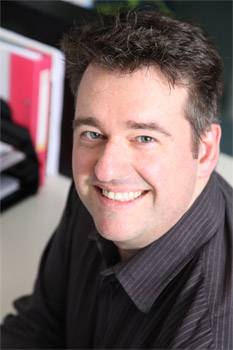 Michael McKinnon How Australia's Grandparents Are Connecting With Their Grandchildren Interview

From the most recent AVG Digital Diaries study among Boomers and Seniors, of those with grandchildren, half of those surveyed feel technology makes it easier to communicate with them. The study, released by AVG Technologies (NYSE: AVG), the online security company™ for more than 200 million active users, reveals that Australia's grandparents are using email (41 per cent), texts (34 per cent) and video conferencing tools like Skype (29 per cent) to keep in touch with their grandchildren.

Michael McKinnon,: 'As our families scatter, more and more Australian grandparents are connecting with their grandkids online rather than over the Sunday roast. Gran's brag book is being replaced by videos of every toddler milestone being held in their smartphones and iPads. And tinkering in the shed Gramps is now more likely to be sharing an online game between visits. And we can see from this survey that grandparents are playing an active role in helping their grandkids play safely in their online world."

Grandparents have recognised that today's children face a vastly more connected world than the one they grew up in and this is reflected in the advice they told AVG they were giving.

As they take an active role creating a safer Internet and better online habits for young family members, they are being vocal in urging their grandchildren to restrict what they share online (50 per cent), to talk to an adult if anything upsetting happens online (46 per cent) and to remember that everything they post will be there forever (43 per cent).

'One of the great advantages in having grandparents about is that they aren't the parents! From their trusted position they can often use their experience to make a -suggestion' to their grandchildren that would not necessarily be accepted if it came from mum or dad - -who don't know anything'," McKinnon observes.

Importantly, grandparents also advised their grandchildren to think about how much time they spend online (40 per cent).

'In today's busy world, parents have a tendency to use technology as a babysitter. Whereas, because grandparents were brought up in a tech-free era, they are perhaps more aware of the benefits of limiting the time young eyes and brains spend online," McKinnon said. 'As easy as technology makes staying in touch, there is no substitute for real life connections."

Question: What inspired AVG Technologies to conduct this survey?

Michael McKinnon: AVG Digital Diaries research has been conducted for over three years now, and we're inspired by the need to understand how technology is being used by all age groups - particularly those most vulnerable in our community such as children and the elderly.

It's also vital to keep up to date with how society is dealing with the ever changing landscape of Privacy and Security in general as it applies to our use of technology.


Question: What surprised you most about the results of this study?

Michael McKinnon: Grandparents confirmed to us that through the use of technology, such as social media, they're able to keep better relationships and communication with their Grandchildren that they did with their own Grandparents. We sometimes hear how older people can be isolated from the younger generations, but this surprisingly confirms the technology is helping, not hindering.

Other surprises from the broader study that also included Boomers 50+ (not just Grandparents) were around other topics and areas such as digital legacy. For example, that only 1 in 10 boomers have any preparation for what would happen to their digital data after they die.


Question: Why do you think many grandparents have chosen to connect with their grandchildren using modern technology?

Michael McKinnon: I believe that many Grandparents are forced into a situation where if they don't use the latest communications technologies, such as Facebook for example, then they are more likely than ever to miss invitations to even the most common family events such as birthdays.

There are certainly Grandparents that I have spoken with who feel they have no choice but to keep up for fear of being ignored or forgotten altogether. One might also presume that the decline in family members using the telephone to communicate might also be having an impact.


Question: What warnings do grandparents give their grandchildren regarding social media?

Michael McKinnon: The top advice being offered by Grandparents, not only for using social media but for online activity in general, included such practical tips as:

What's great about this type of advice, when you think about it, is that the basics of protecting yourself regardless of the technology being used hasn't changed much over the years - perhaps with the exception of 'Remember what you post will be there forever" which possibly isn't something Grandparents had to worry about when they were younger.


Question: Why is it important that this information comes from the grandparents rather than always from parents and teachers?

Michael McKinnon: It's important for a number of reasons, but I think only where the Grandparents feel that their advice is welcomed and will be followed. For example, 33% of the Grandparents in our survey indicated that they don't provide any advice; it's unclear why that is.

Firstly, with very busy families, it is conceivable that the parents of today simply don't have the time to deal with giving their children complex advice about using technology. It might also be that some parents' habits aren't up to par either - we know from past research, for example, that many fathers admit to having content on their mobile phones they would never show their children!

Secondly, while children are often the emerging experts on the use of technology, it is the Grandparents who are seasoned professionals when it comes to dealing with the intricacies of human relationships - including dealing with scammers and confidence tricksters! Any advice Grandparents can offer that will help educate their Grandchildren in how to avoid being taken advantage of isn't going to be a bad thing.

Lastly, it's important, I think, that children receive consistent and constant reminders from all-fronts on how to stay safe online - and this includes from Parents, Teachers and Grandparents; but also the wider community and friends and family. Good safety online should be a whole-of-community response, based on values and good behaviour.


Question: What games are grandparents playing with their grandchildren?


Question: Are children more likely to tell their grandparents if they've experienced an issue online than their parents?

Michael McKinnon: Given this issue was the 2nd most offered piece of advice from Grandparents it is definitely a hot topic - however, it is likely that the choice of telling either a parent or a grandparent is a personal choice based on individual circumstances.

Some Competitions Are Not Worth Winning How to Spot a Fraud

Online fraudsters sign up to an advertising network - usually with false details, but just enough to collect a...

Ben Stiller Night at the Museum: Secret of the Tomb

Larry leaves New York City for London on a quest to save the magic before it is gone forever.