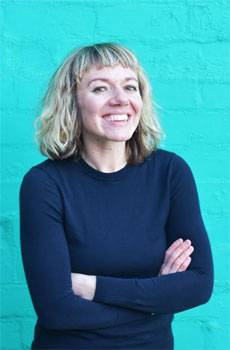 3 Science-Backed Reasons Why Turning 30 Is Awesome

Turning 18 was cool, turning 21 was fun, and now turning 30 is just old, well that's what we have been lead to believe anyway…
So many people freak out about being on the cusp of the big 'three-oh'!

Like a bad relationship, we hang on to our -golden years' of our twenties, replaying the best bits on a loop - forgetting that we spent most of the decade broke, overworked and with no idea about what the hell we're doing.

So if you're approaching the mammoth 30 this year, it's not as bad as you think. Jo Power, founder of Things By Bean, the card making and birthday queen extremely excited for her BIG 30 milestone this year. Jo believes that turning 30 is awesome.

Question: Why do you think 30 is awesome?

Jo Power: 30 year olds have got the balls
Well not literally but research shows that turning 30 is the age where if you're bound to do something spontaneous and crazy the big three O is it. Quit your job and move overseas, have an affair, train for a marathon. New decades tend to inspire a search for meaning, and may lead us to "imagine entering a new epoch," said the researchers, who observed the behavior of "9-ers" (those aged 29, 39, 49, etc.)

Peaking in and out of the bedroom
Research shows that many women in their 30s want more sex than women in their 20s, and thoroughly enjoy it. A study of 2,000 people found 31 to be the age when most women are experienced enough to be confident in their sexual prowess and comfortable with their body shape. While women may be getting creative in the bedroom -According to a study of scientific innovators and Nobel Prize winners, artists and scientists, generally have their biggest creative breakthrough in their late-30s.

You'll still be a good time
If you're worried about changing too much in your 30s, don't fret about that: Some experts say that after age 30, the personality has "set like plaster." The parts of our personality that are NOT determined by genetics evolve from childhood through our 20s, but the changes slow down as we approach 30 – you can still challenge yourself and grow, but your character should remain pretty intact.


Question: Did you initially freak out about turning 30?

Jo Power: Actually, no! I never freaked out about turning 30 even though I witnessed a few freak-outs around me. I became really curious about the underlying causes of people dreading their 30th birthday, so I started researching the topic for my podcast, Happy Birthday Podcast.


Question: Do you think many people freak-out about 30 because they haven't achieved an extensive to-do list of things they expected to do, before 30?

Jo Power: Based on my research around the phenomenon, yes! That's exactly it. Those freak-outs occur around most milestone birthdays, but 30 is generally seen to be one of the most significant. People might not put together a physical list of things they wanted to have done by the time they turned 30, but they almost certainly had a handful of expectations around that milestone. Common expectations revolve around real estate, parenthood, salary, etc. And interestingly, 30 tends to be more of a freak-out milestone for women than men.


Question: How will you be celebrating your 30th Birthday?

Jo Power: I had planned to take my actual birthday off work and go see a movie by myself, get a massage and have lunch somewhere I love. But, sadly, I was a wee bit snowed under with work, so I didn't get to do any of those things. I'll pencil in a make-up Jo-day in the next few weeks but in the meantime, I'm having dinner with 25 friends at a place called Lazerpig. I will ply them with pizza and they will ply me with martinis and we'll have a brilliant night! Also, my husband is baking me a birthday cake and he's never baked a cake in his life!


Question: What advice do you have for those of us, scared to turn 30?

Jo Power: The first thing I like to remind people of when they're worried about any birthday is that it's just a day in a week in a year in a decade. Second, I think it's really important to make your birthday exactly what you want it to be. If you don't feel like having a big party, just go out for a stress-free, delicious, special dinner with your three best buds. And looking at the bigger picture, I believe that taking stock of your life isn't necessarily a bad thing. Research shows that milestone birthdays, especially turning 30, inspire major life changes like leaving a job you don't like or travelling to somewhere you've always wanted to visit. If you're approaching 30, use the freak-out to shape the next decade into something awesome!


Question: Can you tell us about Things By Bean?

Jo Power: Things by Bean is my greeting card company! I design them from my home studio in Melbourne and get them printed just down the road by the kick-arse printers at Implant Media. When people ask me what they're like, I say, 'They're pretty cool." But to be more descriptive, they're colourful, cheeky and often outrageous cards for all kinds of occasions, non-occasions and made-up occasions. The company will celebrate its 7th birthday in 2018 and since day one, my cards have made their way into over 70 retailers Australia wide and very soon, they'll be the hitting shelves of a well-known retail chain in the USA and UK.


Question: What inspired the creation of Things By Bean?

Jo Power: When I started the company in 2011, I was like, 'This is random, why do I feel the irresistible urge to start a greeting card company?" But looking back, designing greeting cards is the perfect outlet for my skill set! My creativity has always been in bursts – ideas fire into my head and I like to get them out and refine them and refine them again until they encapsulate an entire concept into one easily digestible thing. Plus, I'd been keeping a notebook for almost a year, filling it with one-liners and silly concepts as they popped into my head; when the notebook got full, I knew it was time to start making something!

Jo Power: On a personal level, I'm really excited about 30 because I've noticed that I've felt extra confident lately. There's research strongly suggesting that women start feeling their most confident in their 30s and I think I'm experiencing that! And last, but most positively not least, I'm super excited to see what my 2-year-old son is going to get up to in the next few years. He's awesome and delights me daily!


Question: And, what's next at Things By Bean?

Jo Power: Business-wise, there's so much happening! Things by Bean cards will be on shelves of a big USA/UK retailer in January and I'm very close to teaming up with one of my favourite Aussie brands, who have over 100 stores nationwide. I'm also in the process of reformatting Things by Bean's podcast, Happy Birthday Podcast, after my amazing co-host, Jeremy, had to bow out due to growing work responsibilities. I have an idea for the new direction, but I need to play around with it a bit more! And, as always, I'll continue to work with the owners of awesome independent shops around Australia!