RSVP singles vote on all things sexy in sport

The Australian Football League (AFL) is the sexiest football code in Australia claiming victory over the National Rugby League (NRL), Soccer's A-League and Rugby Union according to a survey conducted by online dating site RSVP.com.au. The AFL uniform has also been voted the sexiest sports uniform by female singles according to the survey.

In light of the World Cup and current finals season, Australia's largest singles website, RSVP, conducted a survey among its members and guests to gauge their opinions about connections between relationships and sport.

Surfing and tennis have overtaken AFL as the sexiest sports overall after AFL was awarded the top spot in last years survey.

"With the impending AFL and NRL finals this weekend, sport seems to be on everyone's mind," Lija Jarvis, relationships and dating expert, RSVP said. "Even in dating sport provides an avenue for some friendly competition between couples."

"Sport often provides a common interest for singles and is one of the most populated areas on RSVP profiles. Sporting venues in particular are also a great way to meet like-minded people." 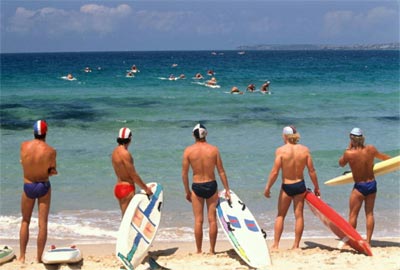 The beach was voted the best sporting venue to find a date followed by the gym and the ski fields. AFL and NRL matches were voted fourth and fifth best in finding a date.

Other findings from the survey include: