Ken Scott The Extraordinary Journey Of The Fakir Interview 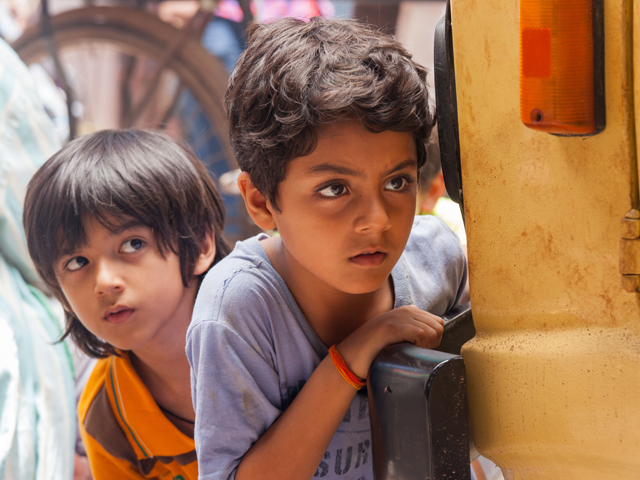 Synopsis: Based on the international best-seller, and in the tradition of Forrest Gump, The Extraordinary Journey Of The Fakir takes us on a wild ride of coincidence and circumstance. Aja, a young fakir (magician) from the streets of India arrives in Paris in search of his past and his future. He falls headover-heels for Marie, whom he meets amongst the cabinets and couches in an IKEA store, and plans to meet up with her again the next day. When he accidentally gets stuck in a wardrobe that is shipped in the night to the UK, Aja finds himself on the run from border police and bandits alike. As he tries to make his way back to the city of love, Aja finds himself crossing many borders and meeting many colourful characters. Will fate and a briefcase of magic tricks be enough to get him back to Marie and the father he never knew?

The Extraordinary Journey Of The Fakir
Release Date: May 2nd, 2019

Preparing for the film gave rise to long stints in many countries. Filming in India started in April 2017 in Mumbai " in the colourful alleys of Worli, at the edge of the ocean, a fishing district in which hero's childhood unfolds. The workplace of Siringh, Aja's mother, is the famous Dhobi Ghat outdoor laundry through which the linen from the nearby hotels passes through, and where more than two thousand people work. A brilliant Indian team experienced in local productions guided the European team in sweltering heat. 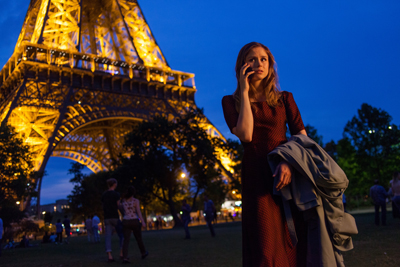 The filming continued in Paris, in Brussels and its surroundings, then in Rome, right at the beginning of tourist season. Filming at the Trevi Fountain resulted in a funny face-to-face with the Italian police, who wanted to send the team away from the famous masterpiece by Nicola Salvi. In Paris, Ken Scott looked at street corners for new angles in famous places. Drones complemented by SFX made it possible to film a small paper aeroplane from the Eiffel Tower to the Père Lachaise cemetery.

A renowned Bollywood choreographer, Vishnu Deva, as well as several Indian dancers came to supervise the rehearsals and the shooting of the dance sequence. Dhanush, recognised everywhere in India, but appearing for the first time in Europe, brought his grace, talent, impromptu dance steps and songs, and the delicious vegetarian cuisine of southern India to the shoot.

The Extraordinary Journey Of The Fakir
Release Date: May 2nd, 2019

Question: What interested you about The Extraordinary Journey Of The Fakir?

Ken Scott: While the producer Luc Bossi was at the Cannes Film Festival, he called me to ask if I was available for a project he was developing. He sent me the book and the script and I loved the tone of the story. I was also engaged by the humour as well as the love story, but especially because it is above all an adventure film!


Question: How did you develop the plot?

Ken Scott: After reading the book and the script, and speaking with Luc, I felt that I needed to rewrite certain scenes so that the film matched the vision I had. I must say that I really enjoyed being able to take ownership of the project, even if I was driven by the novel " I basically developed aspects that were already present in the book. Question: The story itself is very picturesque.

Ken Scott: Absolutely. For me, it's a fable. Moreover, during the rewrite of the script and during filming, I made sure that this dimension is felt. It is also a story of discovery about a young Indian from Mumbai who never knew anything but his modest neighbourhood. During the film, he sees his horizons expand. This evolution was exciting to explore from a cinematic point of view.


Question: Have you been inspired by certain books or films?

Ken Scott: I was very inspired by Romain Puértolas' (author of The Extraordinary Journey of the Fakir Who Got Trapped in an Ikea Wardrobe) book, which has such richness to it. I felt very close to it, probably because The Grand Seduction, which I wrote, and Starbuck, which I wrote and directed, mix humour and fantasy, just like The Extraordinary Journey Of The Fakir. The films that inspired me are Being There (Welcome Mister Chance) by Hal Ashby, Scorsese's After Hours, and LA Vita E Bella (Life Is Beautiful) by Roberto Benigni. Before the shoot, I also wanted to re-read "Candide" by Voltaire and Homer's "Odyssey".


Question: You turned to all four corners of the world. Was filming difficult from a logistical point of view?

Ken Scott: It was obviously a fairly complex shoot! But it was essential that we made it in the different countries where the plot takes place, in order to capture the atmosphere. And even if it was often difficult, it was worth it, because it made sure that each of the places visited by the characters influenced the narration and the journey of the protagonist. 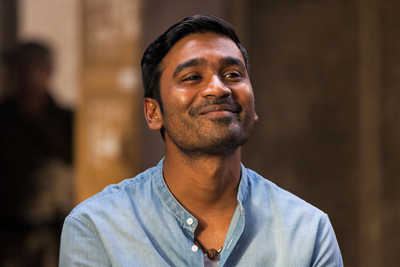 Question: Similarly, you have assembled an international cast. What was it like to manage this?

Ken Scott: During his trip, our protagonist meets many characters who in the film have only a few scenes. But their presence had to be felt, and we called on major players from the countries we shot in to find the right people to play these characters. It was one of the most exhilarating aspects of preparation. Of course, it was a challenge at times to work with actors coming from different countries, but it was also a real pleasure. To start with Dhanush who has shot in countless films in India. We had many conversations about the film from his characters' perspective, and also the way in which cinema is made. My vision and approach as a western director was confronted with his Indian artist's look, and we compared the reaction of the public in the West and in India. Our discussions enriched my vision of the world and the way to make films.


Question: What cultural differences have you encountered?

Ken Scott: The language barrier was sometimes an obstacle, especially since I had to make people understand while under time pressures. I remember, for example, taking the time to explain to extras what they had to do and then realise that they did not speak a word English but were too polite to tell me!


Question: Do you leave some room for your actors to improvise?

Ken Scott: I'm pretty specific in my direction because I know what I want from my actors to tell the story in my own way. However, I leave them a lot of freedom by encouraging them from the outset to give me their own interpretation of the scene.


Question: What visual style did you want to give to the film?

Ken Scott: Firstly, the film is marked by the fact that it is a fable. As we moved from one country to another during the journey of the protagonist, it was important that each of the places crossed had its own visual identity. So I shot each country differently, allowing me to be influenced by the atmosphere, the scenery, the local culture. It was essential that the viewer felt that we were changing universes as we went along in the film, whether it's a Bollywood dance, Monty Python-style musical number in England, or a pursuit in Italy that pulses to the rhythm of Nino Rota music.


Question: How did you work with the composer?

Ken Scott: Music was essential in this project. Nicolas Errera " with whom I already worked " and I were inspired by Indian melodies. Even though it's not strictly a Bollywood film, Indian culture has permeated through the original soundtrack. 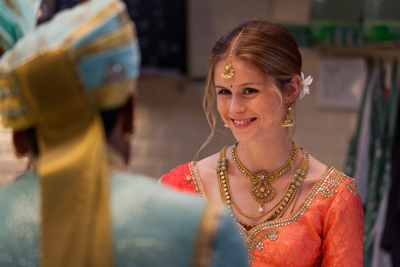 Question: What will you remember from this unique experience?

Ken Scott: It was a collaboration with talented people from several countries. It was a particularly ambitious project, for a relatively modest budget. We had to be inventive and extremely prepared, and I think that we managed that! I really feel that all the actors and crew have been working in the same direction, in the service of the film, and invested deeply in the project.


Question: What would you like the viewer to remember from the movie?

Ken Scott: I want the viewer to have a great time because this film is above all an entertaining experience! But it's also a movie about immigration and, even if it's offers no ready-made solution, I hope it will give discussion and debate.


The Extraordinary Journey Of The Fakir
Release Date: May 2nd, 2019