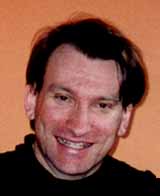 GIRL.COM.AU GETS UPCLOSE PERSONAL WITH THE G-MAN HIMSELF!In the JULY issue of GIRL, we brought you an interview with radio's 'man of the moment' ANDY GRACE who continues to rein as King of the Nighttime Airwaves. GIRL was so inspired by the last interview, that we decided to pay Andy G a visit in the TTFM studios recently where we conducted a LIVE interview over the airwaves during his countdown show Melbourne's Most Wanted to get an update on what projects he has planned next?

60 Second Quiz
Complete these sentences: Yesterday I was...... paid!

When I close my eyes I see...money!